Our current poll-of-polls predicts what would happen if there were a general election tomorrow.

Full details of our current prediction. 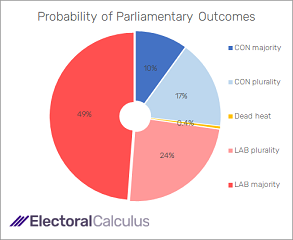 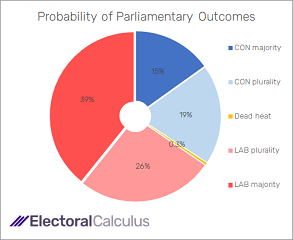 Prof Richard Rose on why foreign policy unites the country, but forming the next government could divide it. 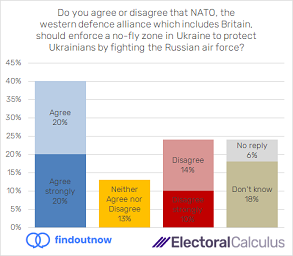 The public are keen for economic sanctions on Russia, and a majority of those with an opinion are in favour of a NATO no-fly zone in Ukraine. 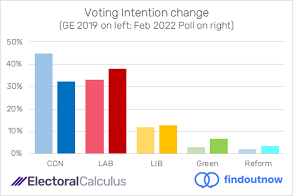 A new MRP poll with Find Out Now shows Labour ahead of the Conservatives and likely to form a government. A third of Conservative MPs, including Boris Johnson, could lose their seats.

A new poll shows Labour well ahead of the Conservatives and a clear majority of the public think Boris Johnson should resign.

Commentary on the by-election in Shropshire North, plus new polling on voting intention and asking the public if the government is incompetent, selfish and out of touch.

Latest large-scale regression poll by Electoral Calculus and Find Out Now for the Daily Telegraph on Westminster voting intention. Conservatives and Labour now fairly equal in the polls.

Commentary on the by-election in Old Bexley and Sidcup. The centre-right overall did better than the Conservatives.

New poll by Electoral Calculus asks the public whether they want to have more referendums and what they would vote for on some hypothetical referendum questions.

An up-to-date refresh of our unique three-D view of political attitudes shows global issues are now the most important, and analyses the prevalence of socially liberal attitudes across various identity groups.

Using advanced mathematical regression techniques, coupled with professional but low-cost polling, Electoral Calculus made the most accurate final pre-election forecast in 2019, outperforming all the competition.

Which voters changed their minds in 2019, and how many voted tactically?

Read our in-depth analysis of the voter movements behind the 2019 General Election result, seeing how voters realigned by party, by group, by seat, and how many voted tactically.

Graphics and analysis of voter migration by party from 2017 to 2019. See how Leave and Remain voters have moved around the political chessboard.

Analysis of tactical voting in 2019, exploring the extent of both pro-Remain and pro-Leave tactical voting. Tactical seats of all types can be identified with our interactive tactical triangle graphic. 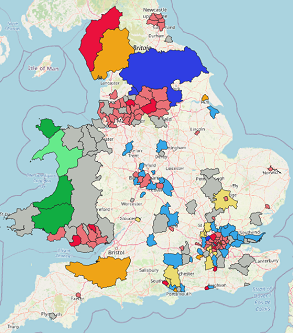 Our pre-election poll correctly predicted over 80pc of council results including Labour's gains in Westminster, Wandsworth and Barnet, and the four new unitary authorities. See all the details here.

The US government does not want to risk escalation with Russia over Ukraine, and most Americans agree. But the British public are not so sure, and this bodes poorly for long-term global security. 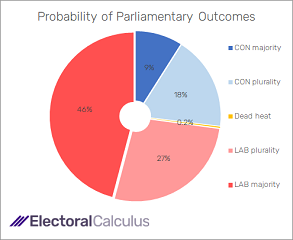 Prof Richard Rose on why the latest polls show that Labour has a win-win knife edge for gaining Number Ten. 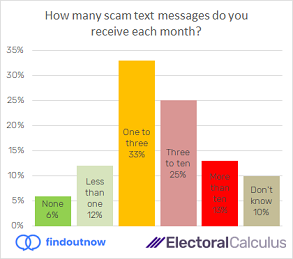 Find Out Now and Electoral Calculus new poll about public attitudes and experiences of fraud, including scam texts and emails. 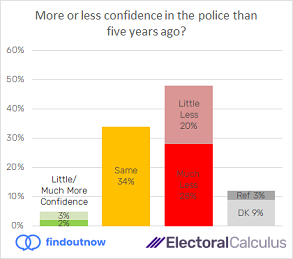 Find Out Now and Electoral Calculus new poll for the Sunday Telegraph on public attitudes to the Police and the resignation of Cressida Dick. 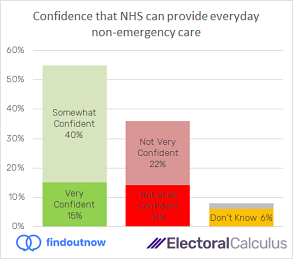 Find Out Now and Electoral Calculus new poll for the Sunday Mirror asking the public about their confidence in the NHS and how it should be paid for.

Our new poll with Find Out Now shows a clear majority of the public think the BBC Licence fee is bad value for money and should be replaced with a subscription-style approach. 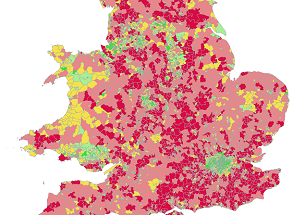 A regression poll with Find Out Now for the Property Chronicle asked people whether they would support or oppose more house building in their own neighbourhood. Answers varied greatly depending on location.

Current state of party support nationally as measured by the opinion pollsters. Data are shown in both graphical and tabular form for national polls taken over the last month or so. 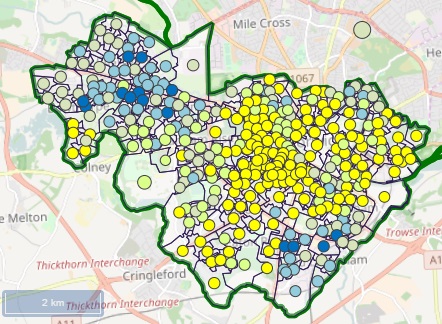 Our uniquely detailed Data Map of Britain shows twelve political and social measures including past votes and political attitudes.

A unique electoral data archive from 1955

Data includes historical data flat files of UK elections from 1955 to date plus our track record of predictions and much more.

Using a political triangle, this graphic shows how every seat moved between 2017 and 2019 elections. Changed seats can be shown separately and every seat can be identified.

See how voters moved around based on which political and demographic groups they belong to. Includes the Electoral Calculus seven political tribes, age and attitudes to the EU.